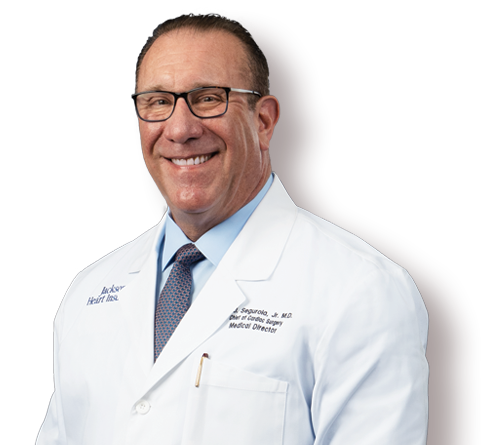 Jackson Health System has the most comprehensive heart program in Miami, with cardiac care available to patients of every age – from pediatrics to adults.

You can trust our highly experienced multidisciplinary team of physicians, part of our Jackson Medical Group surgeons.

We offer access to advanced technology and new clinical trials.

We are one of South Florida’s most experienced cardiovascular and thoracic teams, treating more than 50,000 patients in the past 16 years.

If you are concerned about the health of your heart, contact your primary care physician, or call the Jackson Medical Group at 305-585-4564 for a private consultation.

Community physicians can refer patients in need of specialized cardiac or thoracic care to Jackson Heart Institute for a comprehensive evaluation. Call our physician line at 305-585-4HRT or fax to 305-355-1560. Our multidisciplinary team is your partner throughout every step of the patient journey.

Comprehensive Care For Your Heart

We offer comprehensive care for your heart, from initial evaluation and diagnosis to non-surgical and surgical treatments, to ongoing management of chronic conditions and transplants for end-stage disease.

Our surgeons participate in leading edge clinical trials. In addition, our Institute combined with the unmatched multidisciplinary teams of Jackson Health System are an important consideration for patients with underlying conditions or multiple medical problems.

Our team treats pediatric and adult patients at all stages of life.

Thoracic surgeries
for problems with the lungs, esophagus, and chest

Vascular and endovascular procedures
for artery and vein problems 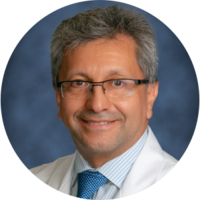 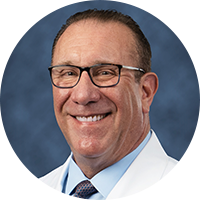 This is a carousel. This element shows slides, one at a time, that you can navigate using the Next and Previous Buttons. Each slide contains information about a doctor at the Jackson Heart Institute

Efren Buitrago, MD, specializes in cardiothoracic surgery, peripheral vascular surgery, and thoracic surgery. Dr. Buitrago has expertise in endovascular management of aortic disease. He is board certified by the American Board of Surgery and the American Board of Thoracic Surgery. He is a fellow of the American College of Surgeons and member of the American Medical Association, the Cardiothoracic Surgery Network CTS, the American College of Chest Physicians, the International College of Angiology and the Eastern Cardiothoracic Surgical Society. Dr. Buitrago is also clinical assistant professor of Nova Southeastern University and Ross University School of Medicine. He participates in proctoring programs to educate physicians on endovascular technologies. He is also engaged in research to enhance patient care and has published many manuscripts in peer-reviewed journals.

Dr. Buitrago earned his medical degree at the Universidad Nacional de Colombia. He completed his residency in General Surgery, followed by a fellowship in Cardiothoracic Surgery at Jackson Memorial Hospital in Miami, FL.

In addition to his full-time clinical practice, Dr. Segurola dedicates time to research, participating in leading-edge clinical trials of pharmaceuticals and devices. His articles have been published in prestigious medical journals, and he has contributed book chapters to different published works.

Go the Previous Slide Go the Next Slide

Listen To
Your Heart

Choose the experienced team at Jackson Heart Institute – home to Miami's most comprehensive heart program and the best surgeons for your heart.